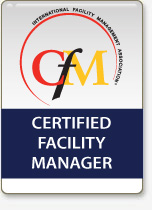 Haven’t I learned enough by now?

Truth be told, I love to learn more about everyday things. I am curious by nature and very ambitious. Learning helps me get the best experiences out of life.

Having said that, there are moments that you are more or less saturated, at least so I thought.

Why did I invest in attaining the CFM credential?

After 25 years in in leadership positions of which 15 years as a FM executive, I definitely fit the profile. However, I already attained a master degree in facility and real estate management from Groningen University. This sought after program has been in place for over 20 years and is probably the most prestigious FM master in the Netherlands.

Ever since getting involved in the former IFMA Holland chapter, I’ve been contemplating going for the CFM. Each time I declined, because I could not see the added value for my career. It would just not make sense in the Netherlands, where we have such a mature and established FM bachelor and master program. Or would it?

Since last year I proudly serve on IFMA’s Board of Directors, and having learned that the CFM is regarded the industry standard in over 32 countries, I realized I might have been wrong. Moreover, noblesse oblige, being the European representative on the board it would make sense to gain more in-depth knowledge of the program in order to be able to judge it by its merits. So I enrolled in the program, just to see if I was right to state that the CFM would not add any value for European and especially Dutch senior FMs.

Having received a voluminous amount of books from the IFMA Facility Management Learning System, I decided tot start with the one-day CFM Exam prep course during World Workplace 2015 in Denver, CO. Here it became clear to me that the course and the credential are not at all about my experience or knowledge, but all about being able to properly interact with the C-suite and be more successful as a FM professional. Having a great solution is one, getting it approved at the executive level is something else. The techniques being offered in combination with a fresh perspective on corporate thinking and decision making provided me with enough incentive to have a look at the study material I have received.

Digesting some 300 pages per day I realized that these books formed the perfect executive summary of everything I’ve learned in FM. Moreover it gave me the possibility to properly learn the business English relevant to my career of choice. Here too, I noticed the very high level of the course material and I thoroughly enjoyed being refreshed in my knowledge of areas less travelled.

To be quite honest, the exam itself was grueling. In 4 hours time, the candidate has to go through 180 high level, multiple-choice questions. As I only had 3 minutes to spare, I can imagine that candidates with a limited knowledge of English will have a very hard time.

Having successfully passed the exam, I realize my earlier misgivings regarding the applicability and value of the CFM credential could not have been more wrong.

FM is increasingly becoming more international in nature, be it through outsourcing or the fact that more and more FMs are employed by international corporations. Moreover, European legislation is affecting our trade in an ever increasing pace, while European standards such as EN15221 and BREEAM are getting more established. Being able to present my case succesfully in Dutch is not that hard, but being able to do so across borders is a complete new game. The fact that the program is in English does make sense in the European theatre.

Attaining the CFM credential helps seasoned FMs in doing their jobs more effectively: getting those important and value-adding proposals tabled at the C-suite level.

Joe Pine on the importance of Imagineering for Facility Management 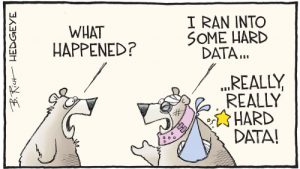 Linking FM to hard data: am I missing out?