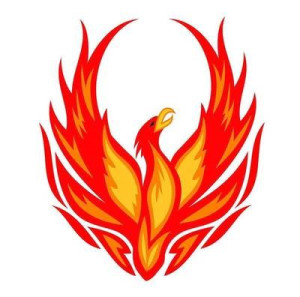 Last January, the European FM standards committee CEN/TC348 convened in Talinn, Estonia. Here the 105th decision of this TC was made, which will mean the end of the EN15221-series of FM standards as we know it:

Is that a bad thing? You can be your own judge…

In the period between 2006 and 2012 the ‘Magnificent 7’ was written by CEN/TC348. These standards represented the epitome of FM best practices for that specific era. The completion of the series also resulted in the formation of ISO/TC267, who started the development of the ISO41000-series of global FM standards. By operating under the Vienna Agreement, the vast amount of European FM knowledge was utilized effectively in creating these standards.

with EN15221-3 till 7 which were due for an update. Initially the idea was to further develop these standards from ISO – under Vienna Agreement – but this suggestion was rejected by ISO/TC267. This left us with the need to update these standards according to CEN-regulations. By now it is clear that just changing the dates and referencing from EN15221-1 to EN-ISO41011 will not do the trick. The content of these 5 standards seems not to be relevant to the FM-business or the users anymore or reflect the issues of our day and age.

Which leaves us with the question what to do with these 5 classic, but outdated standards. We discussed the merits of each individual standard from the original goal of creating support for a benchmarking standard. The outcome of this dialogue was that most of the content of EN15221-3: Quality and EN15221-5: Processes is already covered in other existing standards. EN15221-6: Area and space measurement is an impressive piece of work, but not entirely representative for FM nor offering the required basis for the benchmarking standard. EN15221-4: Taxonomy is very useful but does need an update to make it relevant again.

Taking into account the fact that for most standards, the existing WG’s are dormant and have not been active for the last 7-10 years, and the call for convenors has not resulted in any tangible action or results, the plenary concluded that it would make sense to focus our capacity and energy on creating a brand new standard that is not only relevant, but representative for the maturity of FM in Europe in 2019, based on the original goals of CEN/TC348. Selected elements from EN15221-3, 4, 5, 6 and 7 will be utilized to create this brand new standard. So EN15221-9 will be like Phoenix rising from the ashes of its predecessors.

So what has the TC asked the national mirror committees to do? (before June 1st 2019):

The EN15221-series weren’t called The Magnificent Seven for nothing. It would be a waste to just discard what we’ve carefully built over the years. So if you are not involved with your national standards body yet, here is your chance. Join us in Project Phoenix and make a difference in FM!

This blog was originally posted at www.vanderpool.eu, 24 March 2019

Searching for bacon, young professionals and the future of FM 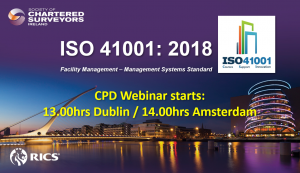